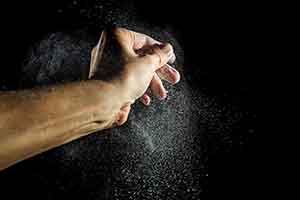 Coal mine dust sampling  was the target in 2014, when the U.S. Department of Labor’s Mine Safety and Health Administration issued a new rule which featured comprehensive reform to the mining industry’s protocol. Among those requirements included in the new  rule were increases in the frequency with which mining businesses sampled their mine air and the incorporation of new mine dust sampling equipment. All of these changes were legislated in the form of this new rule in an effort to reduce instances of dust mine-related illnesses, such as coal workers’ pneumoconiosis, emphysema, and progressive massive fibrosis.

The rule is outlined and implemented in different phases, the third of which is to be enacted on Aug. 1st, 2016. The coal mine dust sampling protocols consists of a three-tiered system whose overarching function is to lower the current respirable dust level to a final level of 1.5 mg per cubic meter of air. Inspection of respirable coal mine dust samples from phases I and II has yielded results that show approximately 99 percent of samples collected are in compliance with the new coal mine dust sampling standards. The most recent sampling processed more than 20,000 underground coal mine operator samples and incorporated real-time data from the Continuous Personal Dust Monitor, a newly implemented technology that provides miners with dynamic monitoring throughout their respective working shifts.

According to Joseph A. Main, MSHA assistant secretary of labor, “These positive results are due to the extraordinary efforts of MSHA and industry working to clean up the air that miners breathe and successfully implement the critical respirable dust rule to protect miners from a disease that has claimed tens of thousands of lives. The nation’s coal miners are better protected from debilitating and deadly black lung disease than ever before, but we still have much more work to do to prevent black lung so that miners can spend a career as a miner and not fear the disease.”

The progressive legislation, intended to combat such debilitating and potentially fatal diseases as black lung disease, is at the forefront of much-needed reform in the mining industry.  With regard to coal mine dust sampling, it represents an internal effort to improve mining safety regulations. To read more about mining safety training and mining industry regulatory practice, please consult MSHA’s <website.. New Surface Miners obtain detailed information about this and other safety related information in their 8 Hour New Surface Miner package available.