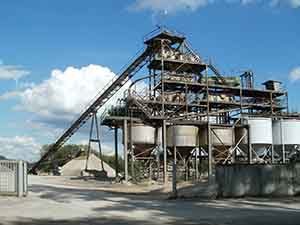 A settlement was recently reached between the United States Department of Labor’s Mine Safety and Health Administration (MSHA) and New York-based North American Quarry and Construction Services, LLC, regarding non-compliance claims, following the November 2012 death of a thirty-year-old driller employee at the Mt Marion Pit and Mill. North American Quarry agreed to pay $360,000 in penalties and accept three flagrant violations and one “high” negligence violation, in addition to $6,000 in penalties assessed to the contractor’s foreman. This settlement came on the eve of the trial between the contractor and the U.S. Department of Labor’s Mine Safety and Health Administration.

Mt. Marion Pit and Mill is owned and operated by Northeast Solite Corporation. At the time of the accident, North American Quarry was a subsidiary of the Austin Powder Company.

On Nov. 1, 2012, a thirty-year-old driller, contracted by North American Quarry and Construction Services, LLC, attempted to manually load a threaded drill steel into the mast of a drilling machine at the pit when he became entangled in the rotating drill steel and suffered fatal injuries.

·      Inadequate training on how to load the steel, on behalf of the contractor’s foreman

OSHA representative, Patricia W. Silvey, said, “The Mine Safety and Health Administration believes that this settlement promotes our mission to provide the nation’s miners with a safe and healthful work environment.”

Mining and drilling accidents are often avoidable occurrences.in the case of  flagrant violations, a company willfully and knowingly engage in unsafe practices that can injure or kill workers. In such cases the company is guilty of not providing a safe environment and is usual subject to the harshest of penalties.

During New Surface MinerTraining and Annual Renewal Training, students cover many aspects of safety, communication, line of authority and good business practices. These course are available to you at any time and can be completed online from the comfort of your home in less than a week.