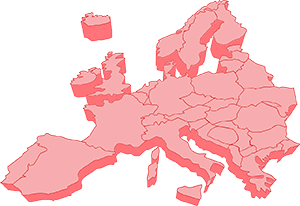 On April 3rd, 2017, the European Council adopted regulatory standards aimed at stopping the financing of armed groups through the trade of conflict minerals.

The conflict minerals, namely tin, tantalum, tungsten, and gold are used in everyday products, such as, mobile phones, jewelry, and automobiles. In conflict areas, these materials are often mined through forced-labor, in an effort to increase funding for illegal activities or organizations. As such, the Council has applied these “due-diligence rules”, in an effort to mandate that all importers source responsibly.

The new legislation will become legally binding in January of 2021 for all 28 member-countries of the European Union and comes after three years of debate as to the efficacy of the ruling. Other controversy surrounding the legislation concerns the fact that certain importers under an import volume threshold are exempt and the fact that there are other mineral resources, such as cobalt, which some argue should be covered under the heading of “due-diligence” sourcing in addtion to the conflict minerals

This legislation bears relation to United States policy, in that U.S. President, Donald Trump, recently announced his intention to review the provisions of the Dodd-Frank law, a law which governs mineral imports to the U.S. The European Council’s own law is based upon and owes precedence to the United States law. Furthermore, the Council’s passing of the legislation follows the U.S. President’s announcement, concerning Dodd-Frank.

The new EU ruling outlines a parallel in the consideration of mineral imports between the United States and Europe, two prominent trading partners. Any legislations regarding the responsible sourcing of minerals, overseas, could certainly have ramifications on United States policy.

The mining industry is an inherently dangerous one. Any industry leader tasked with overseeing the safety of employees in a mining workplace would be well-served to utilize an MSHA-approved training course to ensure agency compliance.

Are you a new surface miner that needs to complete their mandatory MSHA Training? You can complete our New Surface Miner Training Program in less than a week and be on your way to working!

If you need to complete your annual renewal training we can provide that also!